Creating a Token House, which you don’t need to pay the accommodation fee 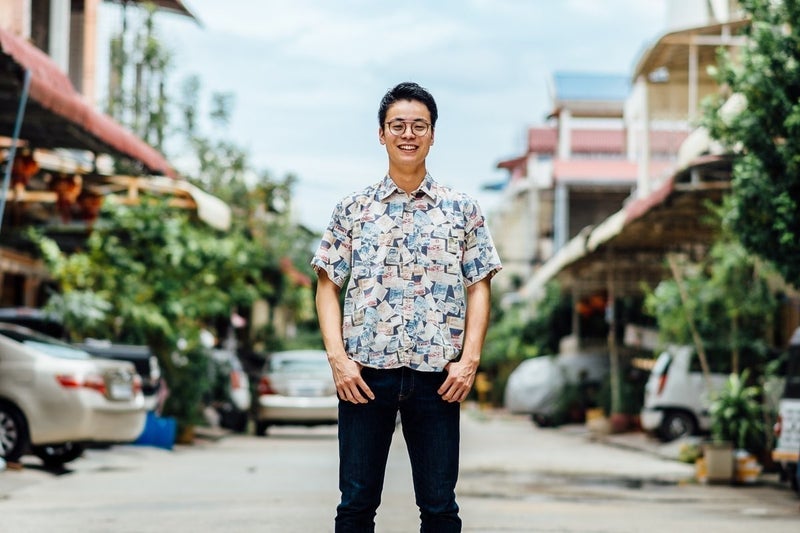 “Token House”: you can travel around the world at 5,000 yen per month. 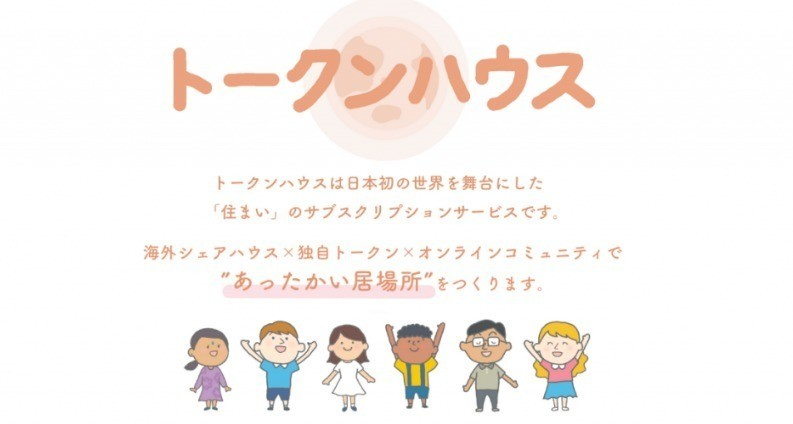 Token House is the first subscription service for residence in Japan.
Community participants receive a unique token, which they can use to stay in share houses all over the world.

Currently, the first Token House in Phnom Penh, Cambodia, is spreading all over the world by 2000, we will make the world where you can travel around the world with just 5,000 yen a reality.
（cf.https://bitdays.jp/news/13504/）

- When I first heard “You can travel around the world at 5,000 yen per month.”, it seemed like an Internet business or a business for people with inadequate access to information haha.

Could you tell me more about it? Is it really possible to travel around the world with 5000 yen only?

Kengo: True haha. You are right.

First, you can join our community at 5,000 yen per month. It is like an online salon.

We issue the token (TKC) in the community every month. Community members can use it like point at our share houses and their partners.

However you can only earn 50TKC for being a 5000yen monthly member. So it's actually really difficult to live with only that. 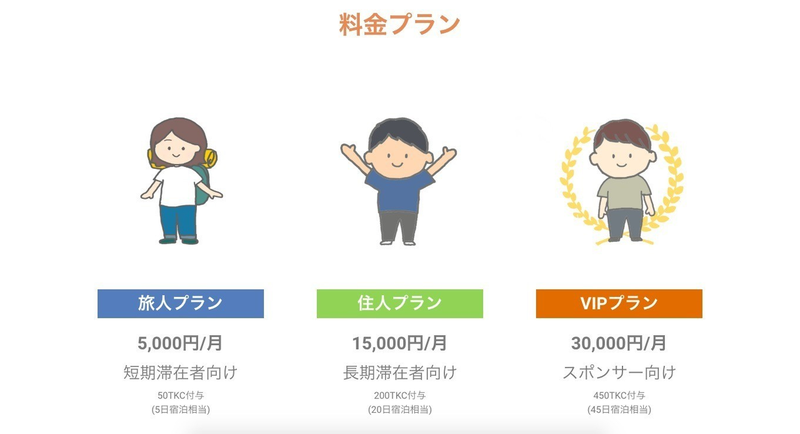 （“The plan of Token House “ cf.https://token-house.world/）

So, we are making a system where you can earn points by cleaning the share house or cooking for residents.

Also, if there are something you want to do, you can ask for support from the other residents in a crowdfunding-like way.

- They can use their points only in your community, right? For example, can you buy plane tickets or go shopping with these points?

Kengo: They can’t do that, for now. The points cannot be exchanged for legal currency like yen.

As we say that you can travel around the world, some people ask us how we can pay for plane tickets. I think we'll be able to cover it by the help of sponsors in the near future.

- Could you please tell me more specifically?

Kengo: There are no community like ours in the world yet, that spreads share houses all over the globe.

For that reason, as our community spreads to the world and community members increase, we'll be able to negotiate to be paid in plane tickets instead of money in exchange of promoting the airline.

In fact, we are pursuing the promotion of a Japan - Siem Reap direct flight right now, and we want to proceed it.

When this becomes a reality, members can actually travel around the world at only 5,000 yen per month.

However, if you want to recruit sponsor, you have to have many members and influence, don’t you? How many members are there in the community now?

Kengo: The community started last October. Nearly 100 people applied for it in advance.

From the application pool, we are inviting about 10 people per month. Currently, there are 20 members. 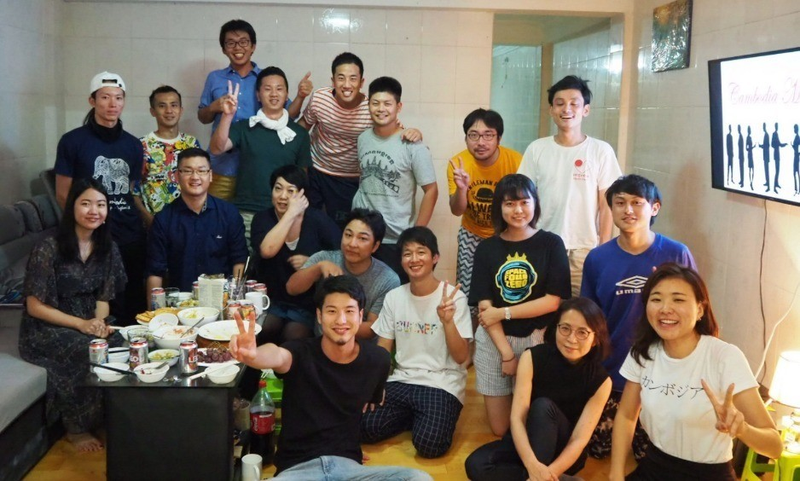 （Picture taken at the meetup in Token House.）

We are gradually increasing members. We don’t need “Guests” unlike existing online salon.

Although many people say that they want to stay at the Token House because they will be visiting Cambodia.

So, the current members join our community not as participants but as producers. Some tell us that they want to produce Token House in other places too.
※Now recruiting new members.

- Why do you accept them not as participants but producers?

Kengo: I want Token House to be a place where people can keep on trying for their best.

This is pretty similar to the environment of class rooms in school. Most students of advanced class study hard. In this kind of class, they prepare for the entrance examination in an atmosphere that every student is trying their best to pass the examination.

On the other hand, in general classes, some students don’t want to prepare for the examination. Isn’t it difficult to study hard alone in such an atmosphere?

At this point, there are not many members in our community yet. We want to welcome people who can create something in the same vibe. we are going to increase members who agree with our vision gradually.

- How do you spread Token House, aiming to travel all over the world at 5,000 yen?

First, we are going to spread our community mainly in Southeast Asia. Next year, we are planning to expand in Europe.

But, it is just one simple result. We try not to only pursue the numbers, but spread our community, by placing value on the part that does not appear as tangible result.

We don’t sell “value in residences” but offer “human value”: where you can meet interesting people when you go to Token House. 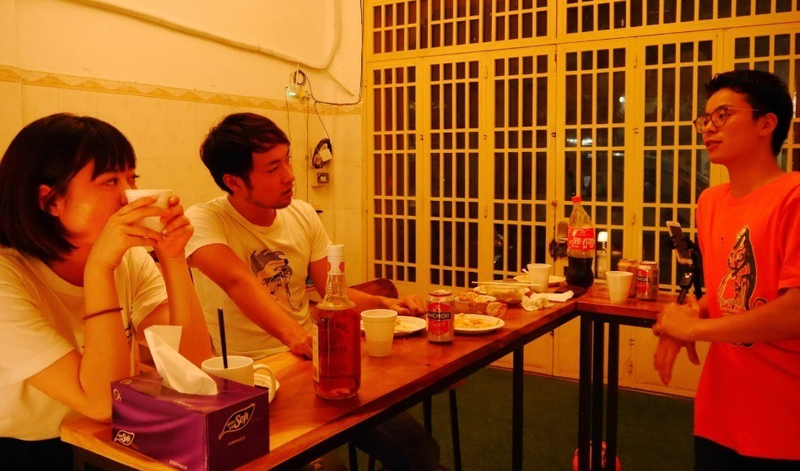 - I heard that many overseas Japanese communities are exclusive. Is it true in Southeast Asia?

Many people in the communities don’t get along with each other as fellow Japanese.

Relatively, elderly people seem to think this way more. But they tend to not think highly of new Japanese people who come into the community.

- I see. How did you feel when you first came to Cambodia?

Kengo: In that point, there are not that many Japanese people in Cambodia. There are many people who have lived here for many years and are open-minded. They are kind to newcomers as well.

On the other hand, I saw many exclusive Japanese communities in Thailand. It seems to be unavoidable because there are so many Japanese there.

Additionally, because many Japanese companies are expanding their businesses there, the employees cannot get along with rival company’s employees due to their business relations.

- I see. I thought that such things was that of the past.

Kengo: Our Token House has not deeply rooted in each country yet. That’s why we can proceed with our business well with the people who have lived in foreign countries for many years.

Also, we can make a community beyond the border because Minowa Editor’s Room hold a neutral position to every country.

In that sense, MER goes together well with our Token House.

I think you will be able to work with each member in Asia Team like Mr. Hirao has as the number of members increase.

It is more important to work with a person rather than a company.

For those who are running businesses in Southeast Asia countries, the more MER Asia Team grow, the more benefit they will get.

- Does MER Asia Team have any goals for the future?

Kengo: Increasing Asia Team members to 200 within this year. We are working as we brainstorm how to achieve that goal.

In November, I am visiting other Southeast Asian countries apart from Cambodia. The purpose of this trip is to meet with the local people in order to spread the idea of Token House in their countries.

In fact, I went to Philippines in order to see Mr. Yasui, an international patent attorney and a member of MER Asia Team.

He often comments on the self-introduction thread in MER Asia Team. I talked with him about how we can proceed with MER Asia. We want to get MER Asia more popular.

- Since this team was just established, there is no right answer, and that's why it's so rewarding.

Kengo: That's true. Thanks to MER Asia Team, I was able to meet Mr. Yasui. I have already received benefits from the team.

So, I want to develop it further.

If you want to know more about Mr. Kengo click this link!

We will continue to interview Asia Team members. If you want to work with us together and develop MER Asia Team, join Minowa Editor’s Room!